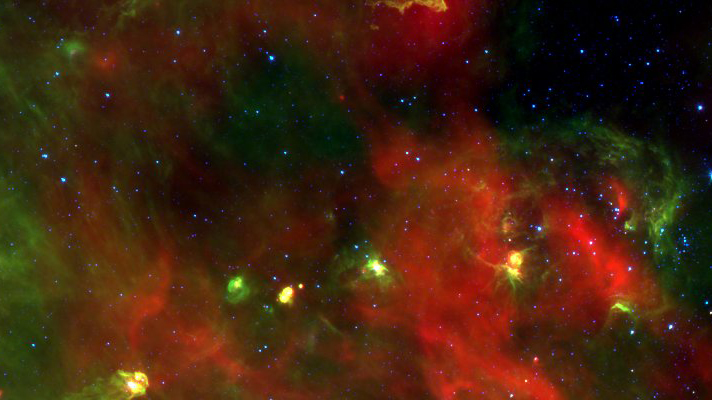 A faculty member in the physics and astronomy department has been awarded a $650,000 federal grant that will be used to fund research into star formation, as well as two outreach efforts: the Milky Way Project, a crowd-sourced search for nebulae, and BUILD, an outreach program that will bring astronomy lectures and “star parties” to communities beyond the Cal Poly Pomona campus.

“I’m going to use this award to support the main focus of my research program for the next five years,” Povich says.

That means he will be able to hire a postdoctoral researcher to assist him and his students with analyzing data from The Milky Way Project, which enlists an army of “citizen scientists” via the Internet to do work that computers simply can’t — locating star-forming nebulae in images taken by the Spitzer Space Telescope.

“We’re looking for patterns that are too complicated for computers to identify reliably. These objects have a variety of shapes, colors and sizes,” Povich says. “We use tens of thousands of volunteers. They draw a ring around one when they think they see one. It’s like a game.”

BUILD will hold astronomy outreach events featuring slideshows and star parties hosted by Cal Poly Pomona students. The star parties will be after-dark gatherings in which the students, their families, and friends view the sky through telescopes.

“Practically speaking, BUILD will focus on the communities where Cal Poly Pomona students have connections,” he says, “particularly those that have few other opportunities to view the night sky and learn about the universe.”