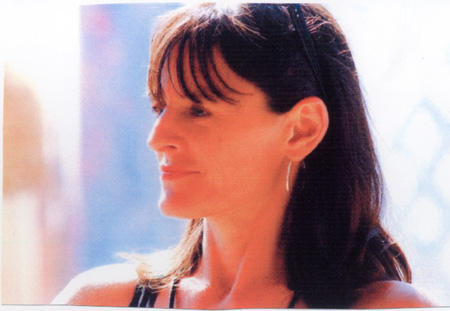 She has been married to Charles Duncan for 23 years. They have two daughters. Emma who is 17 years old and is a freshmen at Sarah Lawerence College in New York State. Rachel is 13 years old and is in the 7th grade at Santa Lucia School in Templeton, California.

Jude Johnstone immersed herself in songwriting and has enjoyed a successful career for more than 20 years. Her songs have been praised and covered by an impressive list of artists including Emmylou Harris (Hold On), Stevie Nicks (Cry Wolf), Bonnie Raitr (Wounded Heart). Jennifer Warnes (The Nightingale), Bette Midler (The Girl is On To You), Trisha Yearwood (Hearts in Armor), and Johnny Cash (Unchained), the title of his 1997 Grammy-winning album. Johnston also wrote the number 1 song, “The Women Before Me,” for Trisha Yearwood’s debuts CD, which was recognized with a BMI Songwriters Award.